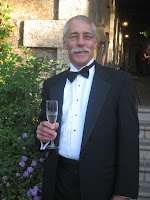 FROM THE NATIONAL FRONT and what it means to you!

1. On January 25th the non-partisan Congressional Budget Office (CBO) reduced its estimate of how many people would enroll in health coverage through the ACA State and Federal exchanges from 21 million down to 13 million.  They also further estimated that 11 of those 13 million would be receiving subsidies, which was down from their prior estimate of 15 million.

The White House and other proponents of the ACA made rosy projections of enrollment for Obamacare, but it hasn't turned out.  Next year, in 2017, in order to meet projections, 24 million would have to sign up, which is highly unlikely.  The problem is what you already know:

Policies with high deductibles and high out of pocket maximums, very narrow choices in doctors, and with ever higher rates are just not attractive to non-subsidized buyers.  As my sainted mentor told me, "It's not dog food if the dogs won't eat it."

2.  There was a report in the Wall Street Journal on January 29 that United HealthCare had lost $450 Million last year with their individual policies sold on the health exchanges.  That despite all the efforts they undertook to DISCOURAGE the sale.  Initiatives such as increasing deductibles, increasing premiums, reducing their provider networks, and eliminating producer commissions.  They along with Humana have announced that they are considering withdrawing from the Individual Exchange placed policy market altogether in 2017.


3.  More news from the CBO:  Federal Health Care Spending is expected to rise in 2016 to $936 Billion, which is more than the $882 Billion expected to be spent on Social Security benefits.  In a rather unsurprising "Duh" moment, the CBO said that "the increase in Medicaid spending was a direct result of more people becoming eligible for the program".  Well, of course...we expanded Medicaid to 138% of the Federal Poverty Level from 100% before.

CMS, according to former CMS Administrator and now President/CEO  of AHIP  Marilyn Tavenner, is underfunding Medicare Advantage plans that treat people with multiple chronic conditions.  The study claims that CMS shorts these plans:

CMS has admitted it has underpaid Medicare Advantage plans that enroll dully eligible (Medicare and Medicaid) beneficiaries.  CMS says it will study the situation.

5. And Locally in Washington: Day on the Hill was a great success again with a great turnout.  The OIC always seems to have a new wrinkle to share, and this year the Commissioner is seeking legislative authority to regulate third party administrators who do not offer risk sharing or insurance, only administration.  This doesn't seem to be likely this year, but stay tuned.  Thanks to all who participated.