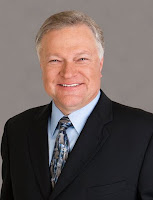 After 105 days of hearings, negotiations, and votes cast on hundreds of measures, Washington’s 2013 Regular Legislative Session adjourned on Sunday, April 28.  The State Constitution limits the Regular Session in odd-numbered years to 105 calendar days.  Despite using up all of the time allowed for the Regular Session, legislators could not come to agreement on a spending plan for the 2013-2015 biennium.  As a result, shortly after adjournment, Governor Jay Inslee called for a Special Session to convene on May 13 so that a budget deal can be finalized before the beginning of the next biennium on July 1, 2013.


The Governor and House Democratic leaders have proposed over $1 billion in new taxes as part of a budget plan.  Senate Majority Coalition Caucus leaders oppose new taxes, and the Senate has passed a bi-partisan budget that does not include increased taxes.  The special session will focus on finding common ground on these issues.

On Wednesday, April 24, the House passed an amended version of ESHB 2038—a package of tax increases that would raise taxes by over $900 million over the next two years.  The House voted to approve the amended measure on a final vote of 50-47 with one member excused.  The final measure was smaller than the original $1.3 billion package due to a striking amendment that was adopted in the House Finance Committee that removed tax increases on insurance agents/brokers, stevedoring firms, janitorial businesses, and beer from the package.  The bill contains a mix of over $900 million in tax increases over the next two years, including more than $500 million in the extension of the B&O tax on services.

Action on the House floor followed approval of the revised package of tax increases in the House Finance Committee on Tuesday, April 23.  During that hearing, Committee Chairman Reuven Carlyle (D, 36th District) released a proposed striking amendment that included over $900 million in increased taxes, but removed the previously-proposed tax increases aimed at insurance agents/brokers, janitorial services, stevedoring, and beer.  The striking amendment was prepared following a contentious hearing of the underlying bill on April 19.

On Friday, April 19 the House Finance Committee held a hearing to consider HB 2038—a bill that would raise taxes by over $1 billion over the next two years, and which is the centerpiece of a sweeping plan to increase taxes by $1.343 billion over the next biennium.  The proposal includes a $534 million increase related to permanently extending the B&O surtax on services (doctors, lawyers, accountants, and others) that was passed as a "temporary" measure in 2010, and which is due to expire at the end of June.  It also includes $475 million in increases to about 15 other classifications.  Some groups were targeted for unprecedented increases.  Insurance agents and brokers, for example, were targeted for a 271% increase in their B&O taxes, projected to generate an additional $46.1 million over the next two years as compared with their current levels.

Business groups and professional associations testified in opposition to the proposed tax increases.  Three panels of witnesses representing the agent/broker community delivered sharp statements against the bill.  An initial panel representing the leadership from the Professional Insurance Agents of Washington, the National Association of Insurance & Financial Advisors of Washington, and the Washington Association of Health Underwriters delivered strong statements about the inability of commission-paid agents to include the proposed tax increase as a line item on premium statements that insurers send to policyholders.  They also provided strong testimony that most agencies are small businesses, and that they are still struggling to recover from the economic downturn over the last several years.  The second panel provided agents from American Family Insurance and the Independent Insurance Agents & Brokers of Washington.  The final panel included representatives from Farmers Insurance Group.

The tax proposals passed by the House come on the heels of similar proposals that were released by Governor Inslee a month ago.  On Thursday, March 28 Governor Jay Inslee held a press conference to outline his budget priorities for the 2013-2015 biennium.  Key among the Governor’s recommendations are $565.2 million in new tax revenues derived from eliminating or reducing existing tax breaks in 11 general areas, impacting everything from the sales tax exemption for the value of a vehicle when it is traded in on the purchase of a replacement vehicle, to increasing Business and Occupations tax rates on at least 20 types of businesses.  The Governor’s plan would also add an additional $534 million in new taxes resulting from extending the temporary B&O tax surcharge that is due to expire this year, along with another $127.6 million in new taxes resulting from the extension of the beer tax, which is also due to expire this year.

A coalition of business groups and professional trade associations immediately organized to oppose tax increases, arguing that Washington’s recovering economy would be damaged by tax increases.  The Recover Washington Coalition, comprised of over 40 business and professional associations, launched an initial block of radio commercials running on several Puget Sound-area stations, along with newspaper ads expressing support for the bipartisan Senate budget, and expressing opposition to tax increases.  The Recover Washington Coalition released a second group of radio ads last week, which ran until the end of the 2013 Regular Session.  See www.recoverwashington.com.

On Tuesday, April 16 the House approved an amended version of SB 5434—a measure that was earlier passed by the Senate on a final vote of 47-0 with two members excused.  The original bill was introduced at the request of health carriers, following extensive negotiations with the Insurance Commissioner regarding the confidential treatment of sensitive portions of provider contracts which the OIC requires to be filed.  The bill would exclude the proprietary reimbursement aspects of the contracts from being subject to public disclosure.  AHIP, the Association of Washington Health Plans, and individual health carriers testified in support of the measure.  The Allied Daily Newspapers testified in opposition, expressing concerns about accessing information under the Public Records Act.  Prior to passage on the House floor, an amendment was added to address concerns raised by Speaker Frank Chopp in response to the opposition of the Allied Daily Newspapers.  Although the amendment was drafted in a complicated fashion, it appears to simply set a sunset for the act—providing that the measure will expire on July 1, 2017.  The Senate concurred in the House amendment, and the bill has been delivered to Governor Inslee for consideration.


Although the House and Senate had a brief dispute regarding an amended version of E2SSB 5267, an agreement was finally struck and the revised bill was passed by the House on Wednesday, April 24, and by the Senate on Saturday, April 27.  The bill has been sent to Governor Inslee for consideration.   E2SSB 5267 deals with preauthorization processes for prescription drugs, medical procedures, and medical tests.  Although the original bill would have required the Office of the Insurance Commissioner to adopt a uniform preauthorization form, the issue became so complex and controversial that an amendment was adopted on the Senate floor creating an 11-member work group to examine the issues and submit recommendations to the Legislature by November 15, 2013.  The House added an amendment to the Senate-passed measure, calling for the OIC to adopt rules implementing the recommendations of the work group.  The final agreement limits the OIC’s rules to the recommendations of the work group, and provides the rules must take effect no later than January 1, 2015.

The Senate has killed the OIC’s “technical corrections” bill (HB 1638) when it was not brought to a vote on the Senate floor prior to the cutoff for passage on Wednesday, April 17.  The bill was killed when proponents of an unrelated measure that would mandate health plans to include coverage for abortion-related services made an effort to bring the bill forward for a possible amendment on the issue.  The effort to force a vote on HB 1638 failed on a procedural vote, and that bill was left behind at cutoff.  In response, the House declined to take action on the Senate version of the bill, and SB 5471 was killed in the House Rules Committee when it was not brought to the House floor and approved prior to the April 17 cutoff.  As a result of inaction in the House and Senate, there will be no “technical corrections” bill this year.

By way of background, each year for more than a decade the OIC has introduced a “technical corrections” bill that is intended to make uncontroversial corrections throughout the various chapters of the Insurance Code.  To file a bill covering so much territory within one measure, it is necessary to have a broad title for the bill—“An Act Relating to Insurance”.  With such a broad title, an informal agreement has been struck between the OIC, the insurance industry, and key legislative leaders providing that once it is introduced, language can be removed from the bill, but no amendments that would add material to the measure will be considered.

The loss of HB 1638/SB 5471 means the loss of a number of corrections throughout the Insurance Code this year, including a necessary correction to last year’s Exchange Implementation Bill, HB 2319.

Insurance Commissioner Mike Kreidler has prepared a slim package of legislative proposals that he intends to submit to the 2013 Legislature.  His proposals can be found on the OIC’s website at http://www.insurance.wa.gov/laws-rules/legislation-rules/legislation/ .  Commissioner Kreidler’s proposals include an NAIC model bill addressing long term care insurance claims (SB 5216), a renewed effort to allow him to consider the surplus and reserves of non-profit health plans when reviewing rate filings (HB 1349), and a technical corrections bill.