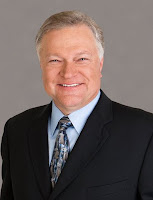 
On Friday, February 1 the House Health Care and Wellness Committee held a hearing to consider HB 1085—a measure introduced by Rep. Sherry Appleton (D, 23rd Legislative District) which would establish a single payer health plan—the “Washington Health Security Trust” to provide coverage to all residents of the State of Washington.  NAIFA, WAHU, business groups, and health carriers noted their opposition to the measure, but proponents greatly outnumbered opponents as the bill was considered.  The bill would abolish the Washington Health Care Authority, and require all Washington employers to pay an assessment to the Department of Revenue to fund the Washington Health Security Trust.  The bill would also require the submission of an application to the Federal Government to allow for a waiver from the Affordable Care Act and abolishing the Health Benefits Exchange.  A fiscal note for the measure estimates expenditures at over $770 million by the 2017-’19 biennium, but there are many unknown aspects of the prospective costs because HB 1085 relies upon a variety of federal waivers which may or may not be granted.  Even if the House Health Care & Wellness Committee chooses to move the bill, it is very unlikely that the measure will be seriously considered by the House Appropriations Committee.

The Senate Financial Institutions and Insurance Committee held a hearing on Thursday, January 31, to consider SB 5065—a measure that would enact section 711 of the NAIC Insurance Receivership Model Act (IRMA), establishing a framework for recognizing netting agreements of qualified financial contracts between a life insurer and one or more counterparties.  The bill was requested by the American Council of Life Insurers.

At the Senate hearing Representatives from the American Council of Life Insurers and Symetra Financial testified in support of the bill—noting that this language has been enacted in at least 20 states and was adopted unanimously by the National Association of Insurance Commissioners as a Model Act.  Symetra commented that the language is necessary to provide a competitive regulatory structure for Washington-domiciled life insurers who compete in the same market space with life insurers who are domiciled in states that have already adopted the language.   In a surprising development, Senator Marilyn Chase (D, 32nd Legislative District) and one of her constituents—Brian McCullough (a former candidate for Insurance Commissioner)—testified in opposition to the bill.  It does not appear that their testimony damaged the bill.  The measure is scheduled for a vote on Thursday, February 7.  A companion measure in the House—SHB 1033, has already been considered and approved by the House Business & Financial Services Committee.  The House measure was approved on a committee vote of 14-0.  The measure has been referred to the House Rules Committee in preparation for consideration on the House floor.


Insurance Commissioner Mike Kreidler has prepared a slim package of legislative proposals that he intends to submit to the 2013 Legislature.  His proposals can be found on the OIC’s website at http://www.insurance.wa.gov/laws-rules/legislation-rules/legislation/ .  Commissioner Kreidler’s proposals include an NAIC model bill addressing long term care insurance claims (SB 5216), a renewed effort to allow him to consider the surplus and reserves of non-profit health plans when reviewing rate filings (HB 1349), and a technical corrections bill.


Legislature Adopts Cut-Off Resolution for the Consideration of Bills


On the first day of the 2013 session the legislature adopted a cut-off resolution establishing dates for the consideration of bills.  Key dates are as follows:


February 22—the last day for committees in the House of origin to take action on bills;


March 1—the last day for Fiscal committees in the House of origin to take action on bills;


March 13—the last day for the House of origin to take action on bills;


April 3—the last day for committees in the opposite House to take action on bills;


April 9—the last day for Fiscal committees in the opposite House to take action on bills;


April 17—the last day for the opposite House to take action on bills (except exempt bills and bills passed by both Houses in different forms);


April 28—the last day of the 2013 Regular Legislative Session